We are living in a time of turmoil and change. In the US, the current occupant of the white house is a blustering example of toxic masculinity. Our planet and the occupants of the planet have suffered for thousands of years under a violent patriarchal model of relating to one another and the earth.

In recent times, women are speaking out more and more about the violence they have endured at the hands of abusive men. The #MeToo movement sparked much needed conversations around consent, trauma, and how to better relate to one another.

These are all necessary. However, it is vital that we remember that men are not born violent. As the headlines fill up day by day with story upon story of another powerful man held accountable for sexual violence or misconduct, it’s essential that we remember the true beauty of healthy male sexuality and energy.

Our culture is quick to demonize male sexuality.

Often, the demonization of male sexuality is used to suppress female sexuality and excuse the actions of abusers. “What did you expect, wearing a skirt that short? Of course they won’t be able to help but sexually assault you!”

Male sexual aggression is seen as the norm, and it is excused by women being seen as ‘too tempting’ to be deserving of basic human rights. There is a collective rage that women feel about this, and it is understandable. However, it is unhealthy to stay in a place of rage. Women must own our rage and transmute it if we want to experience true partnership and healing in our relationships with men.

When I first became a sex worker, I admit that I held some biases about the sort of men who would visit a sex worker.

I was both fascinated and terrified to step into that world. While I have experienced violence in my seven years in the industry, it has been such a rare thing as to be absolutely shocking.

The majority of men I have spent time with as a professional companion were kind, caring and respectful. While most of my male clients wanted some sort of sexual experience, I was surprised by how many of them just wanted to be held while they cried.

Before becoming a sex worker, I carried some resentment towards men for what I perceived as their greater sexual freedom. I had been heavily slut-shamed in my teens, and I firmly believe that, had I been a man, I would have received a high-five for my sexual experimentation.

What I realized as a sex worker is that men are restricted in many other ways.

The demonization of male sexuality and the societal attitudes about masculinity are narrow and confining. Men are taught from an early age not to cry, or express the full range of human emotion. Seeing a sex worker, someone who is not a part of their regular life, who will not make fun of them, is often the only safe space a man has in this culture to cry and be vulnerable.

It is very telling that the voices opposing full decriminalization of sex work is full of misandry, demonization of male sexuality, and the narrative of women as passive victims of male sexual urges.

Neither acknowledges the beauty and full humanity of men and the agency and strength of women.

We are now acknowledging the pervasiveness of sexual violence in our culture, which we must address. Now, let us also acknowledge the ways we traumatize our boys. Circumcision is still far too common in our society. The popular 90’s TV show Sex and the City has an episode where Charlotte is horrified to discover that the man she is dating is uncircumcised. His adult circumcision is portrayed as a joke.

Imagine just days after being born, being strapped to a table and having the most sensitive part of your body cut, without anesthesia. No wonder so many men walk through life armored. We have made some progress (more is needed) in how we care for female survivors of sexual violence. Now, we need to acknowledge that routine infant circumcision is an attack on the male sex organ without consent, and therefore abusive.

Very few of them had sought out therapy to cope with the trauma they had experienced.

Men might be encouraged to express their sexuality, but they are given a very narrow range of acceptable ways to do this.

One of the things I noticed about men in my professional experience is how most of them really wanted me to enjoy being with them sexually. I think that an integral part of male sexuality is a desire to serve the feminine in love (this will look different for gay men, of course). Authentic Tantra is invaluable as a resource for men who want to learn skills to increase pleasure and connection with their lovers, and with themselves.

The practice of tantra is an amazing tool for healing trauma, increasing connection and pleasure, and creating health and longevity. The sexes were not meant to be engaged in adversarial relationships. We are meant to live together in harmony, honoring one another’s gifts and contributions.

So let us honor the beauty of healthy masculinity and create a culture where men and women both can express the full range of their humanity without shame. 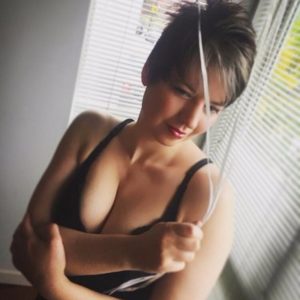 Ready to get started on your journey?

Send us your application now!

*The Tantra Mastery Training Program does not require approval by the registrar of the private Training Institute Branch (PTIB). As such, the registrar did not review this program.