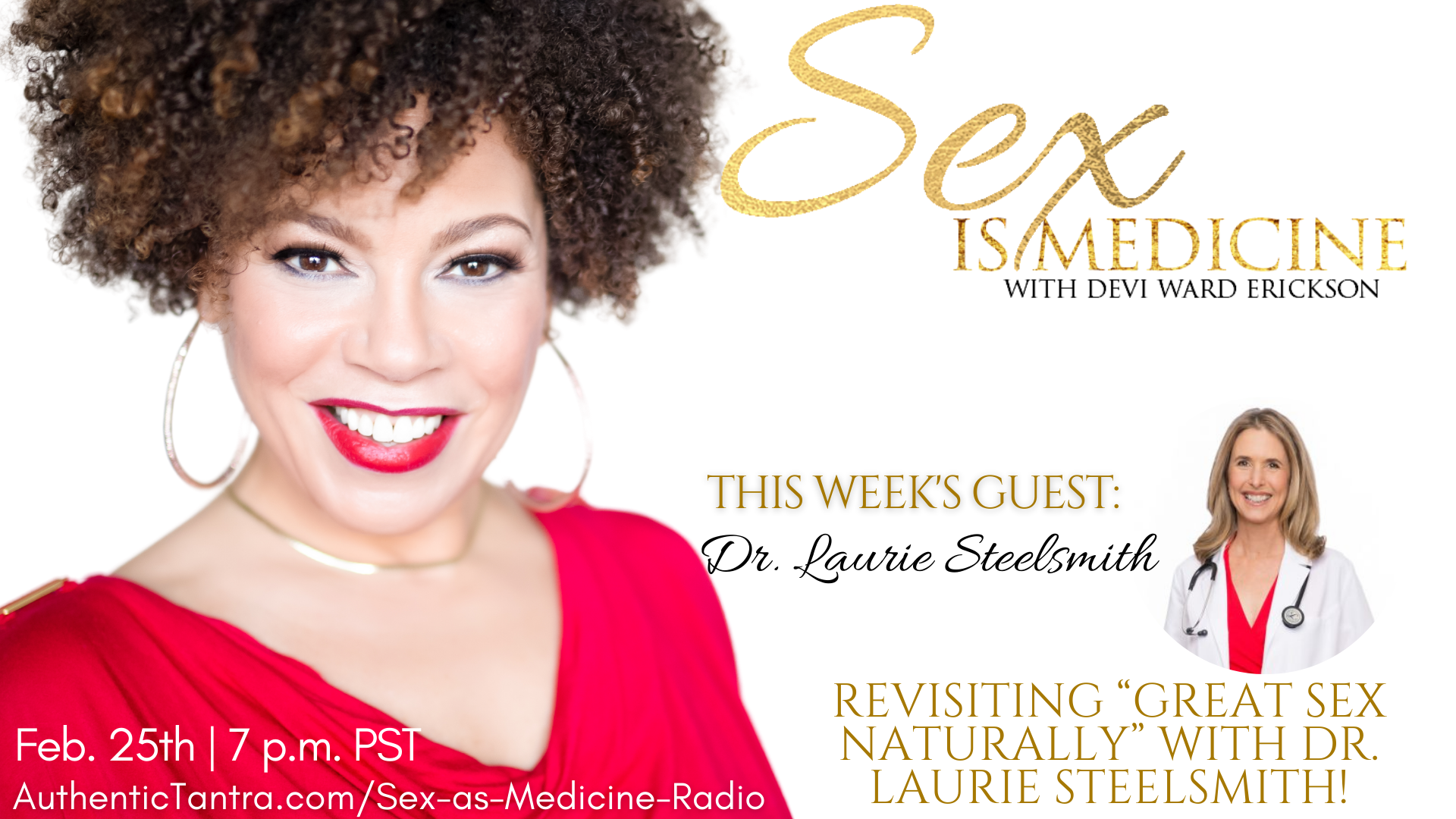 Join Devi and special guest Dr. Laurie Steelsmith as they discuss how every woman (and man) can have great sex naturally! Including questions regarding menopause, lube and intimacy with your partner.

Dr. Laurie Steelsmith is a licensed naturopathic physician and acupuncturist, and author of the Hawaii best-selling book Natural Choices for Women’s Health (published by Three Rivers/Random House, May 2005). Her latest book, Great Sex, Naturally, (published by Hay House, July 2012), is another step-by-step guide for women.
Widely respected for her views on natural medicine, she has appeared on CNN’s “HealthWatch,” Fox and NBC news affiliates, and has been interviewed on more than 100 national radio programs. She has had a busy private practice since 1993.
According to The Seattle Post-Intelligencer Dr. Steelsmith is “One of America’s best-known naturopathic physicians.”
Dr. Laurie Steelsmith N.D., L.Ac.
Co-author of Natural Choices for Women’s Health
and Great Sex, Naturally
Connect with here on Facebook HERE!
www.DrSteelsmith.com